A bit greener in the high desert

Late each summer, the southwest anticipates (and sometimes prays for) the monsoon season. While the North American Monsoon is not as strong or as famous as India’s monsoon, the basic weather patterns and physics are the same. As the highlands of western Mexico are heated during the spring and summer, an area of low pressure develops. Dominant wind directions shift so that moist air moves from the Gulf of Mexico and the Gulf of California inland. Once enough moisture builds up in the air and dew points are high enough, afternoon thunderstorms develop.

The monsoon phenomenon is less intense in New Mexico than in Arizona and Mexico because we are further from moisture sources. Over the past few weeks occasional thunderstorms have popped up here and there dumping rain in various parts of the state. With all the water, I wondered what the foothills of the Sandias would look like. 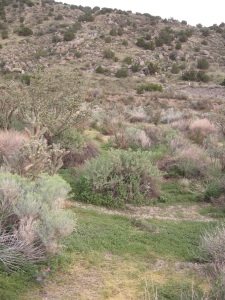 As Melissa and I drove up to Embudito Canyon, we first noticed the green ground cover along the sides of the residential streets. I don’t recall seeing this during my late summer visits to the same areas last year. 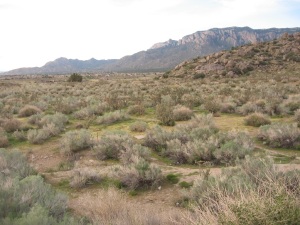 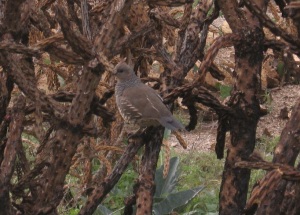 We also noticed that a small fire had burned part of the canyon a short way along the trail. Lower parts of cholla were blackened but the area didn’t look too bad. A Scaled Quail thought it did a good job hiding. Maybe before the fire! 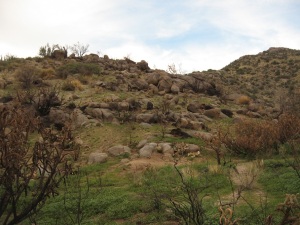 Blooming flowers were not very common, despite the rain. I don’t know the usual timing of blooms here, so perhaps it is too late in the summer.