Alameda Bridge and the nature center

I didn’t see anything too exciting yesterday. An American White Pelican has been reported from the Alameda Bridge area earlier this week, but I missed it–in between two sightings in the morning and one less than an hour after I left. And there’s no way to miss a big, white pelican unless it doesn’t want to be seen. I did add two county birds, though: Greater Yellowlegs and Great Egret. Maybe it was a great day after all.

This beaver was struggling against the current in the diversion ditch east of the river: 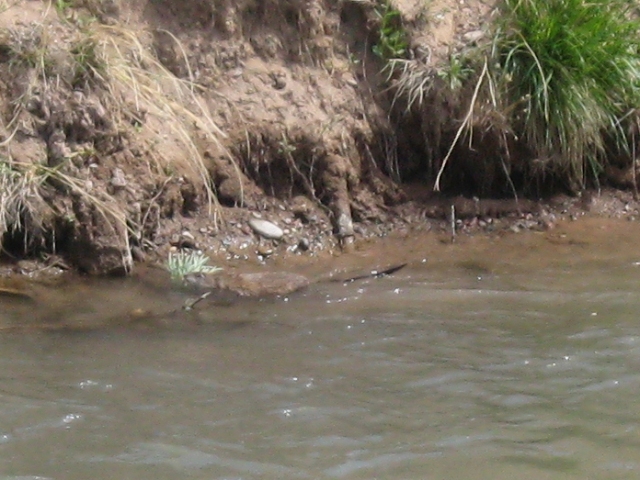 A lone Ross’s Goose has been spending time at the nature center for about a week now. Maybe it’s injured, or maybe it just doesn’t want to migrate all the way to the Arctic quite yet.

This Southwestern Fence Lizard posed nicely for me. Click the picture to zoom in and see the detail on the scales.

At the entrance to the nature center from the bosque side, I found a newly installed wooden etched QR code thingy. I don’t have any way of decoding it. 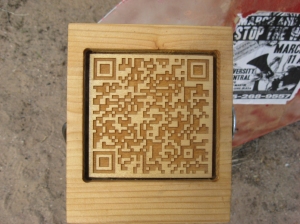 Later, when I stopped by the Tingley Beach ponds, I stumbled upon a spider with an egg sac. 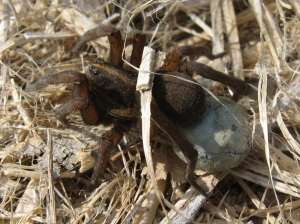 2 Responses to Alameda Bridge and the nature center